Before you get in the water this summer, remember there’s a lot going on under the sea we don’t yet know about. 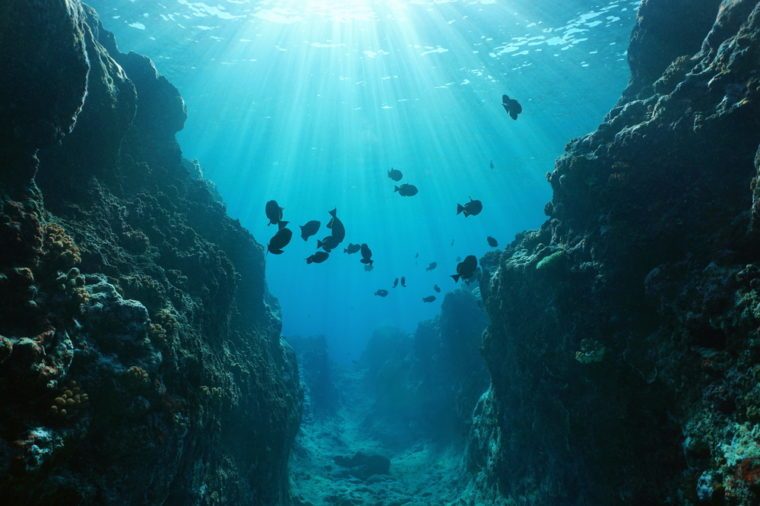 Seventy percent of the Earth’s surface is below the ocean, yet 95 percent of it remains unexplored to the human eye. Although the oft-heard statistic is that we know more about the surface of Mars than we do about the ocean seabed, scientists have been able to map the entire ocean floor—but the resolution is incredibly poor, so we can only visualize features larger than 3 miles. Ongoing research like Seabed 2030 aims to bring the ocean floor into greater focus, so we can better see and understand what’s really down there. Read about more of the biggest unsolved mysteries about planet Earth. 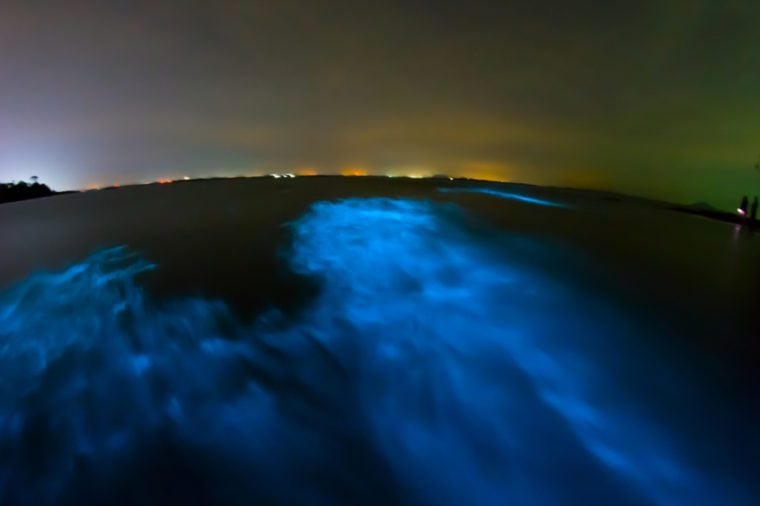 For hundreds of years, sailors have reported randomly encountering a strange “milky” cast to the sea as far as the eye can see, but scientists have been unable to explain it—or even know for sure if it was real. In 2006, researchers were actually able to capture a satellite image of a milky sea, and several years later, experimentsdiscovered the glow was likely from bioluminescent bacteria that attract fish in order to be eaten and survive in their guts. But, scientists still aren’t sure how or why the bacteria gather in such huge numbers as to be able to be seen from space. In addition, their glow is continuous, unlike the more commonly seen “dinoflagellate” organisms that produce brief flashes of light. Check out these other science mysteries no one has figured out. 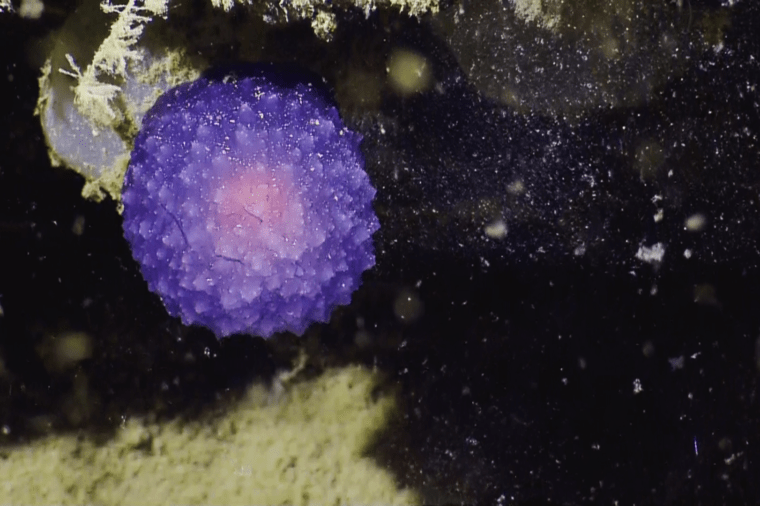 In 2016, researchers from Ocean Exploration Trust (founded by oceanographer and Titanic discoverer Robert Ballard) aboard the Exploration Vessel Nautilus found a strange purple blob on the ocean floor off California. Stumped as to what it could be, the scientists joked about it being a spider egg sac or a “tiny momma octopus,” and nicknamed it Blobus purpilis before battling with a crab to retrieve the specimen. Research is ongoing as to what the orb is, but it’s hypothesized to be a new species of velutinids, a type of snails. Here are more of the most stunningly beautiful underwater photos ever taken. 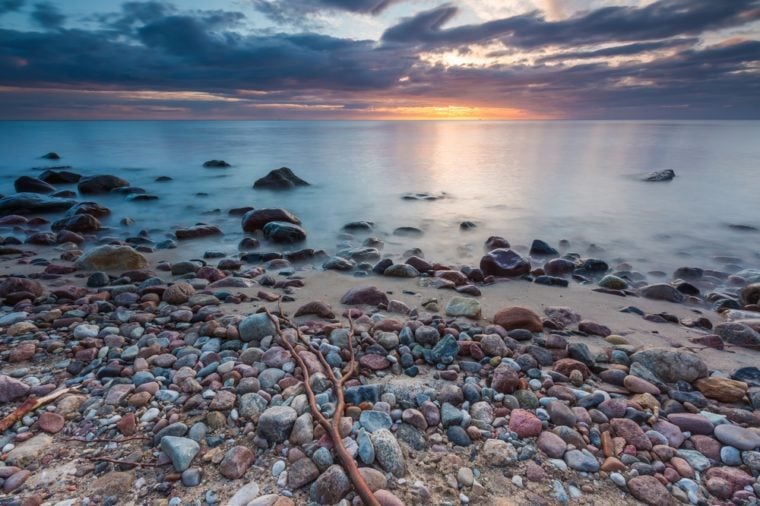 Could there be an alien spaceship on the ocean floor? In 2011, ocean explorers found an oval-shaped object with strange markings on the bottom of the Baltic Sea. The resulting “images”—which were really created by a graphic artist—of the otherworldly discovery quickly made the rounds on the Internet (the only real visualization is a grainy sonar image). Scientists think the anomaly is actually a glacial deposit or some other natural formation, but its origins are uncertain pending further exploration. Who knows? These strange urban legends turned out to be true. 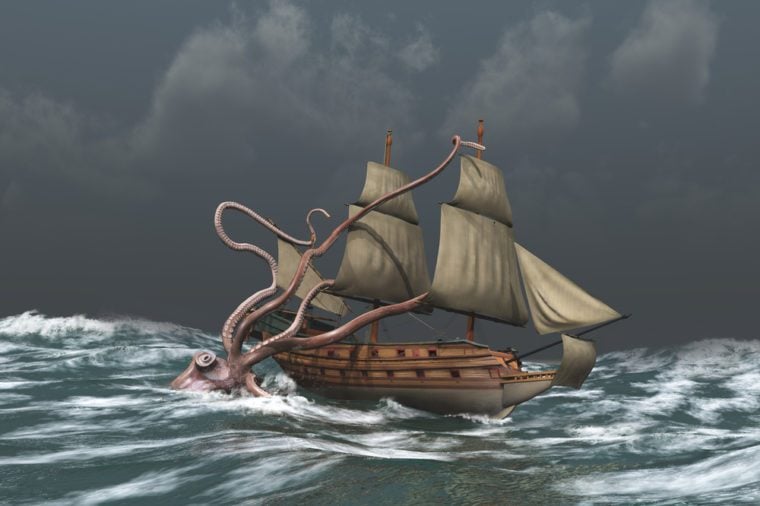 This huge animal could be the mythical kraken featured in Pirates of the Caribbeanand Jules Verne’s 20,000 Leagues Under the Sea. Although it’s unlikely that the giant squid actually attacked ships, very little is known about this mysterious creature of the deep. It wasn’t even photographed alive until 2004 and not filmed until several years later, when it was caught at the surface. Underwater video was not accomplished until 2012. Scientists have learned virtually nothing about the lives of these deep-sea giants, not even how big they get, although some estimates predict they grow up to 66 feet. Only their cousin the colossal squid might be bigger in weight, although probably not length—but even less is known about them. Check out more rare photos of our ocean’s invertebrates like you’ve never seen them before. 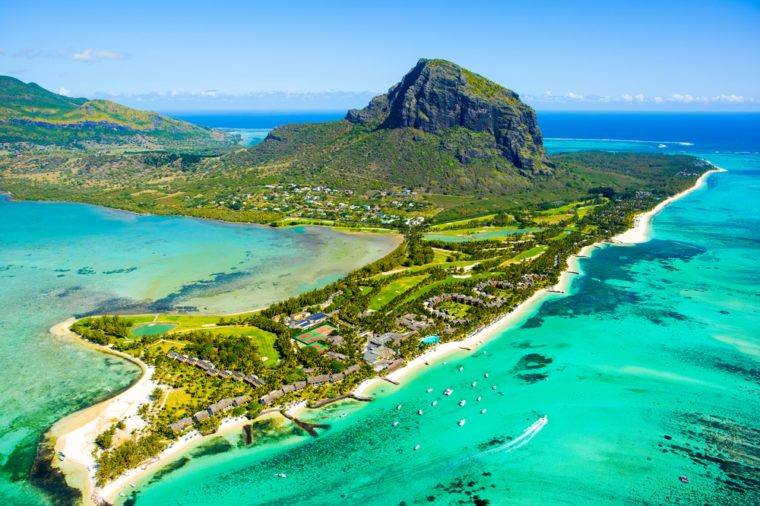 We might not know much about the terrain of the ocean, but we have seen is just as stunning as what’s on land—and in fact, may be strikingly similar. “Brine pools,” where the salt water concentration is greater than the surrounding ocean, create lake-like surfaces and shorelines. Earth’s largest waterfall is actually underwater in the Denmark Strait, where colder water tumbles over a huge drop in the ocean floor, falling 11,500 feet (the largest land waterfall is only 3,212 feet). Underwater volcanoes erupt—the largest one ever recently happened, and scientists almost missed it. Although researchers know all of these things exist, their exact mechanisms are still being investigated. Find out more fascinating facts you never knew about our oceans. 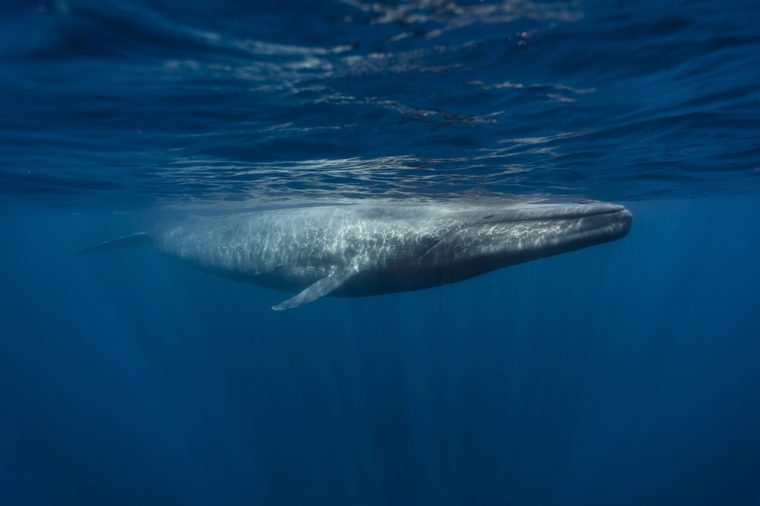 These mysterious giants of the sea are the largest animal to live on Earth—ever. But partially due to the whaling trade hunting them nearly to existence, plus their slow reproduction, there just aren’t many of them out there to study. As a result little is known about these elusive creatures, including how long they live, when they reach sexual maturity, or the specifics of their reproduction. The animals’ shyness also makes them hard to observe. Last year, a video of never-before-seen blue whale behavior off Sri Lanka caused controversy among experts as to whether or not the rolling and racing caught on camera was a mating ritual. The researchers plan to return this summer to see if they can learn more. 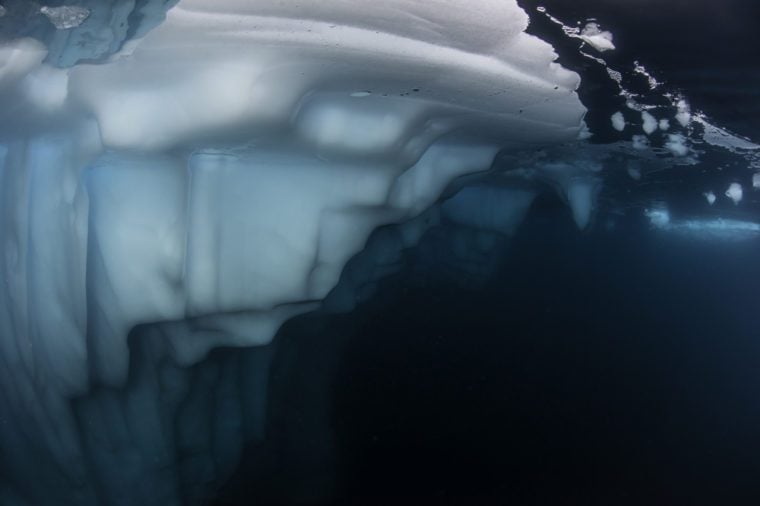 Nothing like the mysterious “bloop” sound recorded in the South Pacific in 1997 had ever been heard before. It was very loud, low-frequency, and had a unique pattern that made some think it was a newly discovered creature lurking in the depths. (It didn’t help that the sound came from near the location of HP Lovecraft’s fictional sunken city of R’yleh, where a creature called Cthulhu is imprisoned.) Researchers continued to look for the origin of the noise for years, until in 2005 they announced it had been an “icequake,” which occurs when icebergs break off of glaciers. Although that reasoning has been generally accepted, some conspiracy theorists still feel the explanation is a little thin. Read more of the strangest unsolved mysteries of all time. 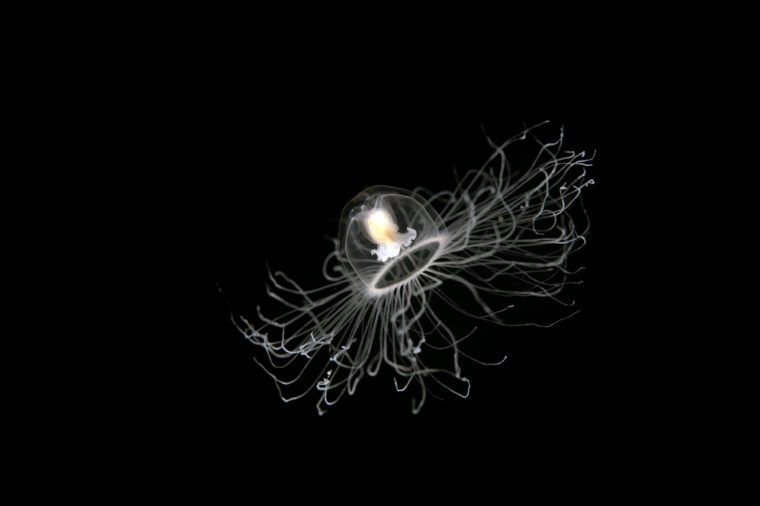 Could this tiny jelly hold the secret to curing cancer? Smaller than a pinky nail, this sea creature has the Benjamin Button-like ability to revert back to a polyp stage when threatened with starvation or injury, earning it the nickname “immortal jellyfish” for how it outsmarts death. Although the species had been known about for a hundred years, it wasn’t until the 1990s that this incredible phenomenon was discovered. Scientists still are unsure exactly how its cells are able to regress and regrow, but the immortal jellyfish could hold promise for fighting diseases like cancer in humans. Here are more immortal animals that can basically live forever. 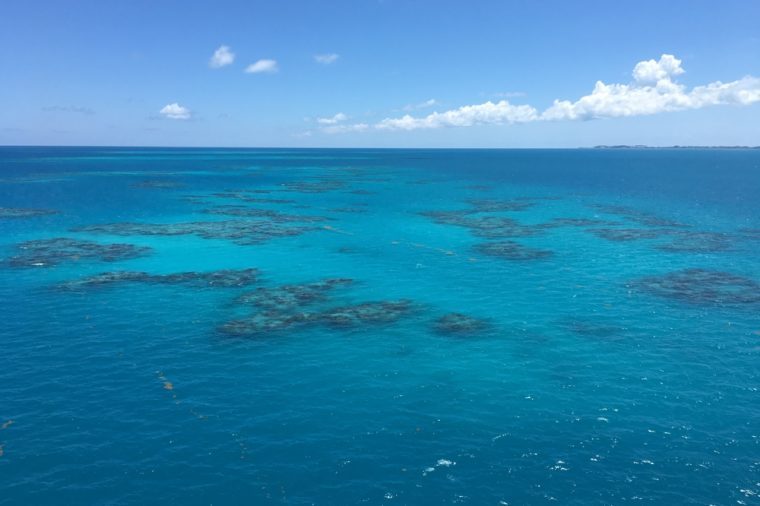 The points of the so-called Bermuda triangle are Miami, Puerto Rico, and Bermuda—but don’t worry if you’ve booked a trip to any of those destinations. Despite the area being known for the unexplained disappearances of ships and planes, there really isn’t any evidence that it’s more dangerous than anywhere else in the world, or that there’s any supernatural phenomenon at work. But, the National Oceanic and Atmospheric Administration (NOAA) does admit there could be scientific reasons for the disappearances, such as the likelihood of hurricanes, rapid changes in weather due to the Gulf Stream, and the numerous islands in the Caribbean that make for tricky navigation. NOAA also acknowledges that the area could possibly mess with navigational tools, making them point true north as opposed to magnetic north; or that “oceanic flatulence,” a burst of methane gas from the sea, could somehow have affected the vessels and planes. Read more of the craziest aviation conspiracy theories ever. 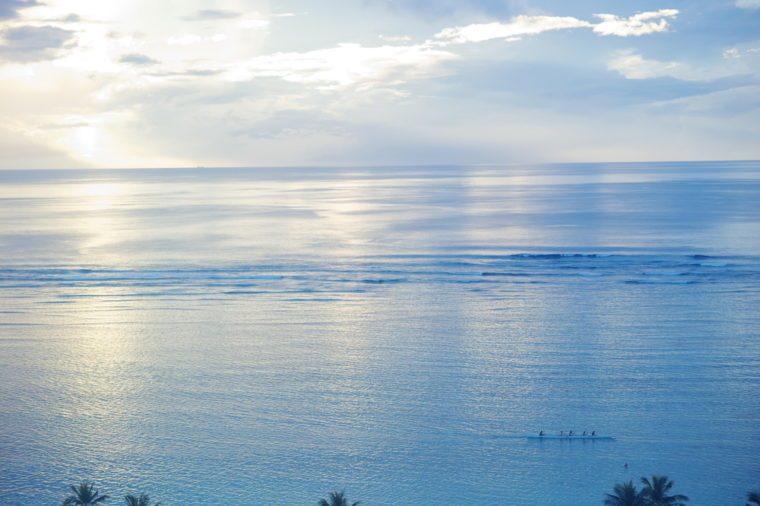 This spot in the ocean off the Mariana Islands near Guam is the deepest point on Earth—nearly 7 miles down. In comparison, Mount Everest is only 5.5 miles tall. This little-explored area of the sea has only ever been visited by three people: two oceanographers in 1960, and filmmaker/ocean explorer James Cameron in 2012 in the first solo expedition. In the trench, it’s completely dark and only a few degrees above freezing, with intense pressure of eight tons per square inch. But somehow marine life has managed to survive, even thrive, in such an environment. Further research, though, is needed into the unique ecosystem. And even though it’s so remote, it’s not immune to pollution: Just this year, researchers found evidence of a plastic bag there in a database of images from the trench. Here are more of the most stunning natural wonders on Earth. 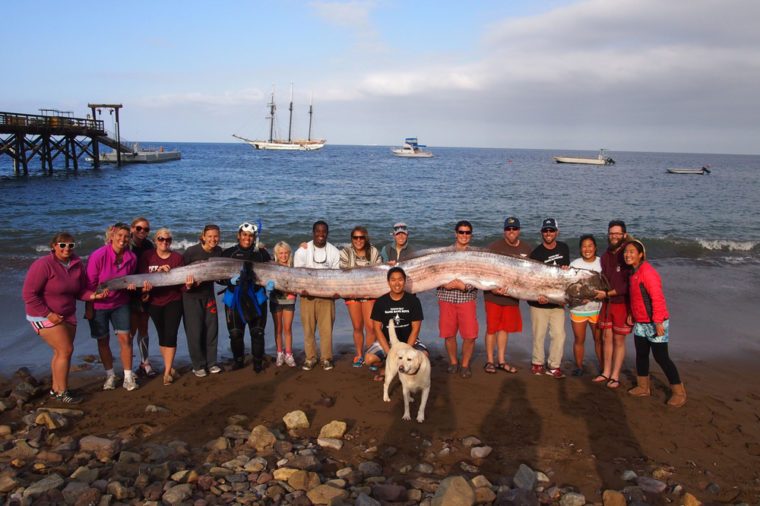 Could these be the sea monsters of yore? This snake-like creature is the longest bony fish on Earth, and can grow up to 56 feet and weigh 600 pounds. But because they live at depths around 3,300 feet, not much is known about the rarely-seen-alive creature. Two dead oarfish were found on California shores in 2013, prompting scientists to wonder if ominous forces were at work to beach the normally deep-sea animals, as they have been rumored to wash up before earthquakes. But instead the incident turned out to be a boon for scientists to be able to study the specimens—since they don’t even know how many species of the fish exist, DNA samples could help researchers figure that out. Read more ways animals help scientists solve big mysteries. 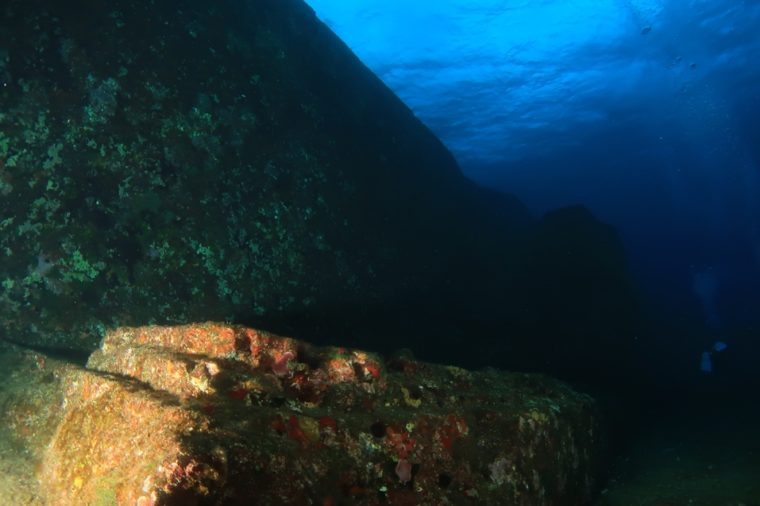 Are they man-made steps and ancient pyramids that sank in an earthquake, or natural rock formations? These strange structures in the water off the coast of Japan, nicknamed “Japan’s Atlantis,” have baffled scientists since they were found by a diver in 1986. Amazingly, scientists are still arguing if people or Mother Nature created the Yonaguni Monument, as well as whether markings in the stone are carvings of faces and animals, or simply naturally-made scratches. Want to decide for yourself? It’s a popular dive spot with tourists today. Here are more ancient mysteries researchers still can’t explain. 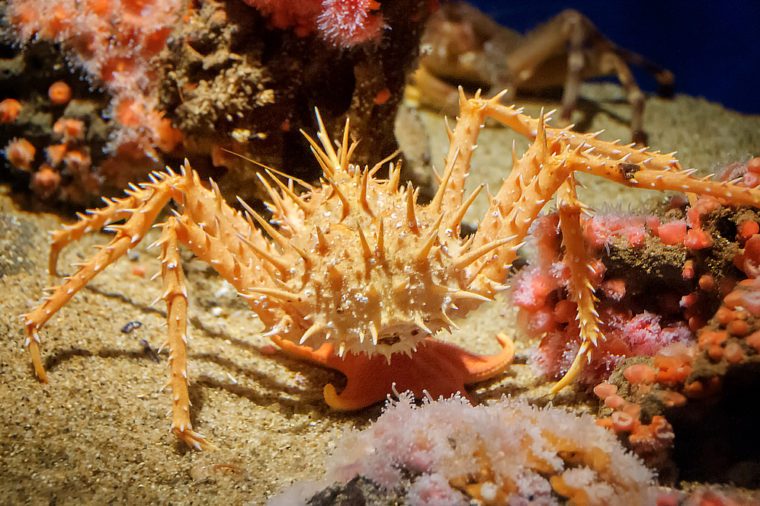 We’re not talking about James Cameron’s 1989 movie about researchers who find a deep-sea civilization—but scientists are traveling to the real-life abyss, the area between 13,000 and 20,000 feet under the surface, to discover new marine life. A recent expedition near Australia located hundreds of new species, as well as little-known creatures like the “faceless fish” that hasn’t been seen here since 1873. Other rare specimens the scientists collected include the spiny king crab, the monkey brittle star, the smooth-head Blobfish (yes, that’s its real name), and the deep-sea lizard fish. Who knows what else is down there? Check out the most stunning deep-sea sights in the world.

Meet Pepe, Jojo, Marta and Bruno. The robots of course.