They say the truth is stranger than fiction. That’s no lie: All of these so-called “conspiracy theories” turned out to be legit. 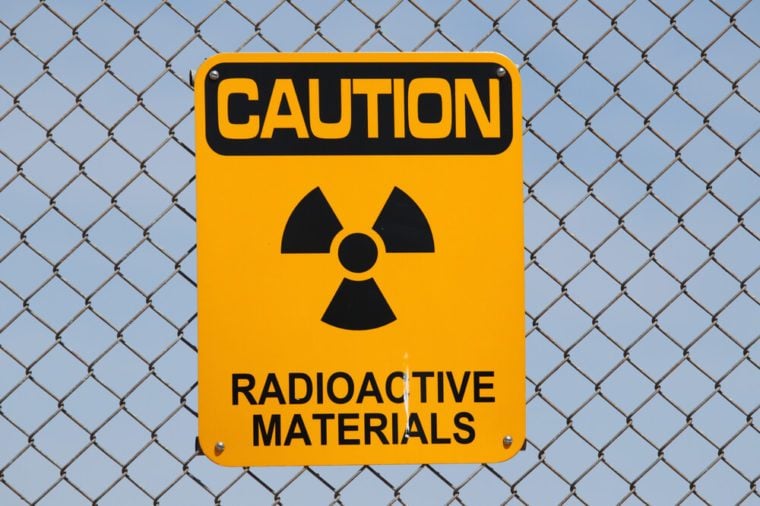 Laughing at conspiracy theories is good fun—at least until they turn out to be true. Take the conspiracy surrounding the “Project Sunshine,” for example. In the wake of Hiroshima and Nagasaki, the U.S. government commenced a major study to measure the effects of nuclear fallout on the human body.

Conspiracy: The government was stealing dead bodies to do radioactive testing.

The truth: The government was stealing parts of dead bodies. Because they needed young tissue, they recruited a worldwide network of agents to find recently deceased babies and children, and then take samples and even limbs—each collected without notification or permission of the more than 1,500 grieving families. 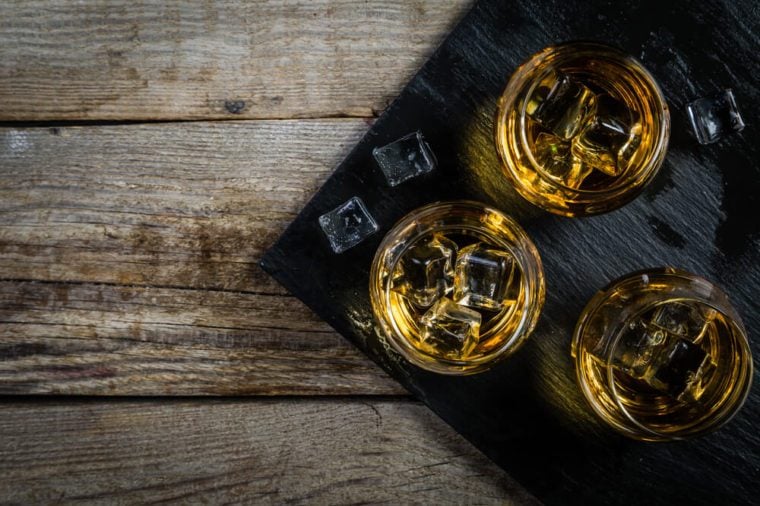 Conspiracy: During Prohibition, the government poisoned alcohol to keep people from drinking.

The truth: Manufacturers of industrial alcohol had been mixing their product with dangerous chemicals for years prior to Prohibition. But between 1926 and 1933, the federal government pushed manufacturers to use stronger poisons to discourage bootleggers from turning the alcohol into moonshine. That didn’t stop the bootleggers or their customers, and by the end of Prohibition, more than 10,000 Americans had been killed by tainted booze.

The first lady who ran the country 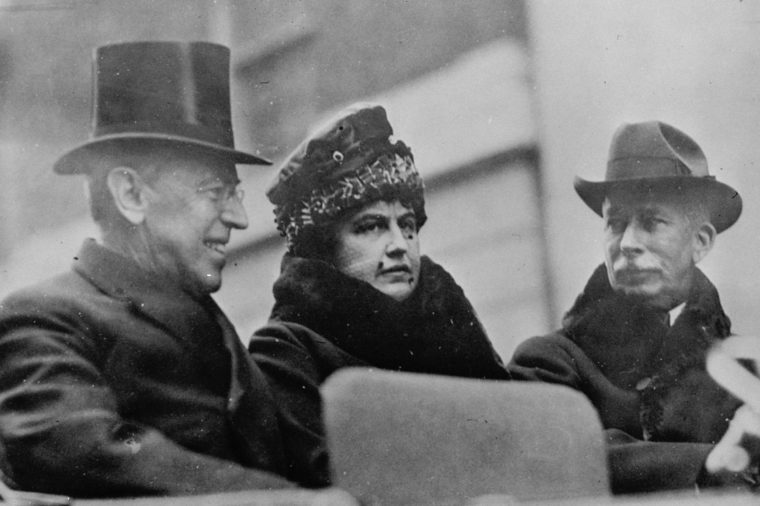 Conspiracy: A stroke rendered President Woodrow Wilson incapable of governing, and his wife surreptitiously stepped in.

The truth: Wilson did suffer a debilitating stroke towards the end of his presidency—but the government felt it was in the country’s best interest to keep things quiet. The public didn’t learn about the stroke for months, during which time his wife,Edith Wilson, was making most executive decisions. Despite Mrs. Wilson claiming that she acted only as a “steward,” historians who have analyzed the Wilson term in office confirm that for well over a year, Mrs. Wilson was effectively president.

Check out these inspiring quotes from impressive women. 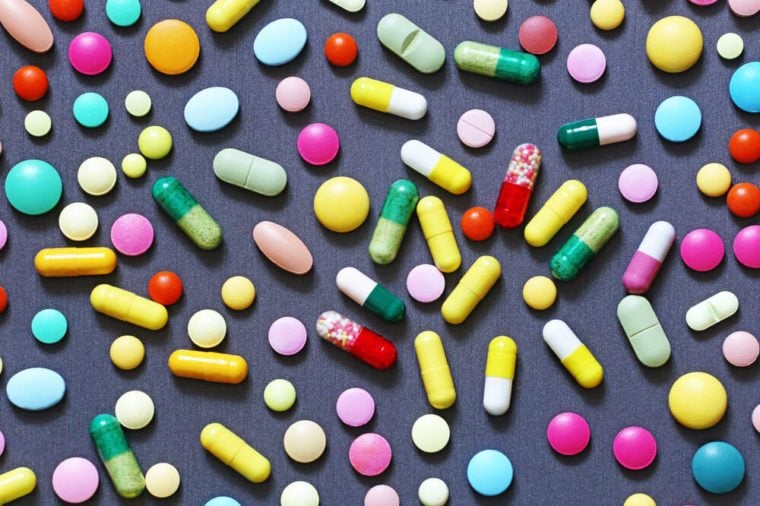 Conspiracy: The CIA was testing LSD and other hallucinogenic drugs on Americans in a top-secret experiment on behavior modification.

The truth: The program was known as MK-ULTRA, and it was real. The CIA started by using volunteers—the novelist Ken Kesey was one notable subject. But the program heads soon began dosing people without their knowledge; MK-ULTRA left many victims permanently mentally disabled.

Check out the 13 notable celebrities you didn’t realize were being watched by the government. 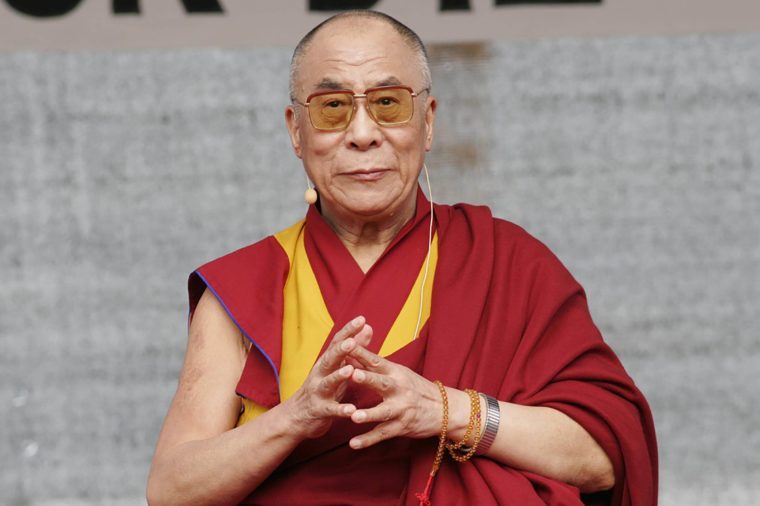 Conspiracy: The Dalai Lama is a CIA agent.

The truth: Perhaps the reason the Dalai Lama is smiling in all those photos has something to do with the six-figure salary he pulled down from the U.S. government during the 1960s. According to declassified intelligence documents, he earned $180,000 in connection with the CIA’s funding of the Tibetan Resistance to the tune of $1.7 million per year. The idea was to disrupt and hamper China’s infrastructure.

Check out these wise quotes from the (very wealthy) Dalai Lama.

John Lennon was under government surveillance 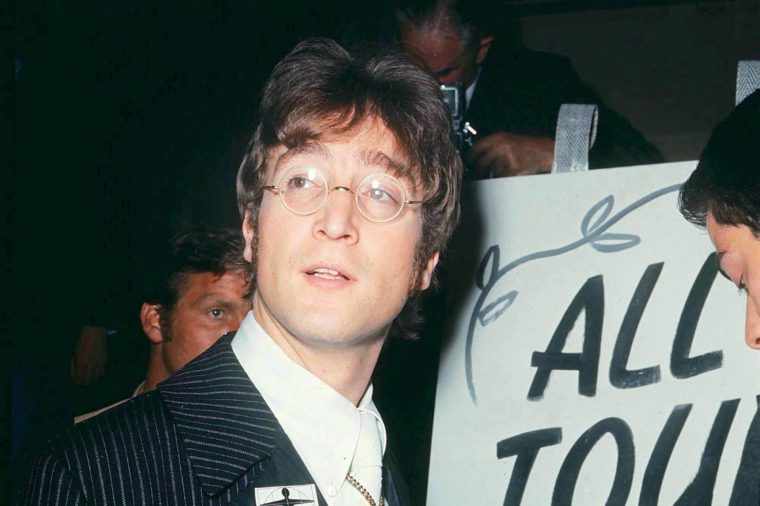 Conspiracy: The FBI was spying on former Beatle John Lennon.

The truth: They most certainly were. Like many counter-culture heroes, Lennon was considered a threat: “Anti-war songs, like “Give Peace a Chance” didn’t exactly endear former Beatle John Lennon to the Nixon administration,” NPR reported in 2010. “In 1971, the FBI put Lennon under surveillance, and the Immigration and Naturalization Service tried to deport him a year later.”

The government is spying on you 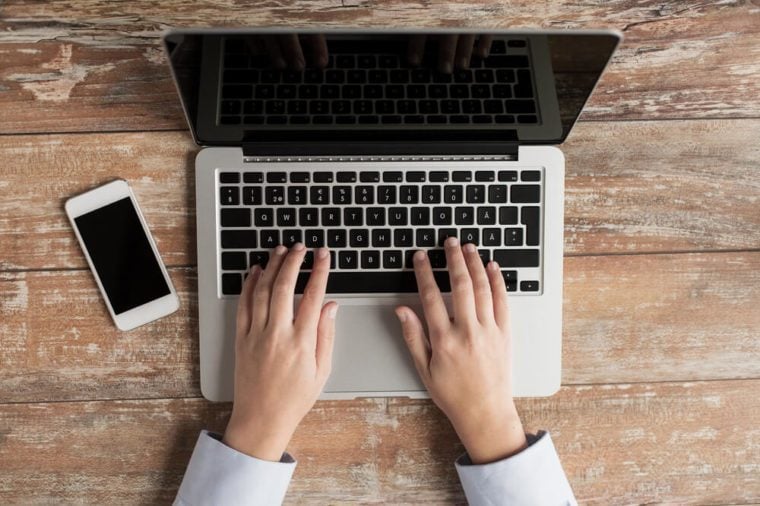 Conspiracy: With the advances in technology, the government is using its vast resources to track citizens.

The truth: In 2016, government agencies sent 49,868 requests for user data to Facebook, 27,850 to Google, and 9,076 to Apple, according to the Electronic Frontier Foundation (the EFF), a major nonprofit organization that defends civil liberties in the digital world and advises the public on matters of internet privacy.

(Be aware that these companies won’t even warn you about data requests from the government.) 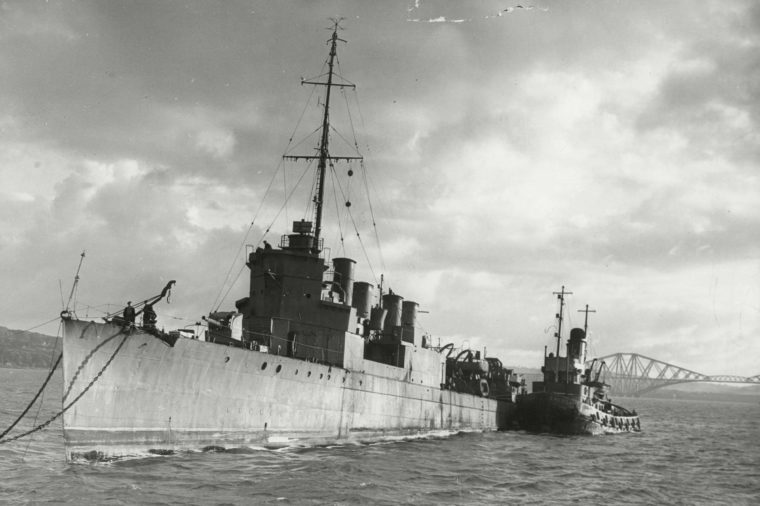 Conspiracy: The Gulf of Tonkin incident on August 2, 1964, was faked to provoke American support for the Vietnam War.

The truth: By the time news reached American ears, the facts surrounding the North Vietnamese attack on the American Naval ship Maddox were already fuzzy. Declassified intelligence documents have since revealed that the Maddox had provided support for South Vietnamese attacks on a nearby island and that the North Vietnamese were responding in kind, according to the U.S. Naval Institute. The event “opened the floodgates for direct American military involvement in Vietnam.” 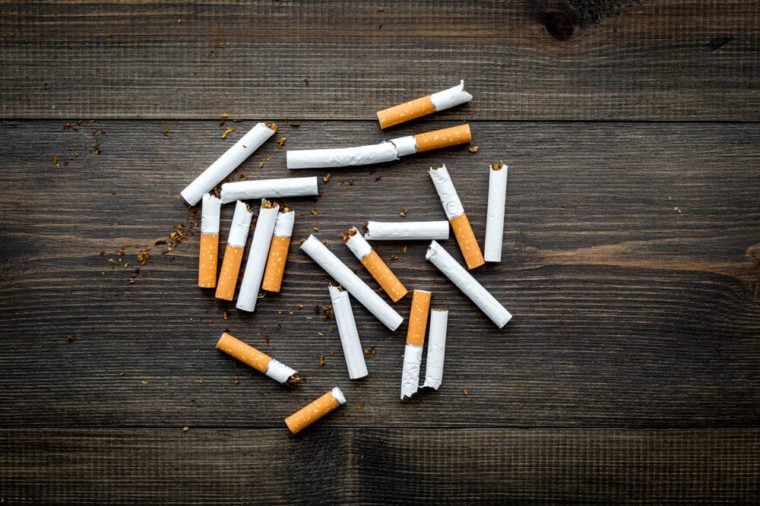 The truth: At the beginning of the 1950s, research was showing an indisputable statistical link between smoking and lung cancer, but it wasn’t until the late 1990s that Philip Morris even admitted that smoking could cause cancer.

Here’s how you can quit smoking without gaining weight.

There is alien evidence in the American Southwest 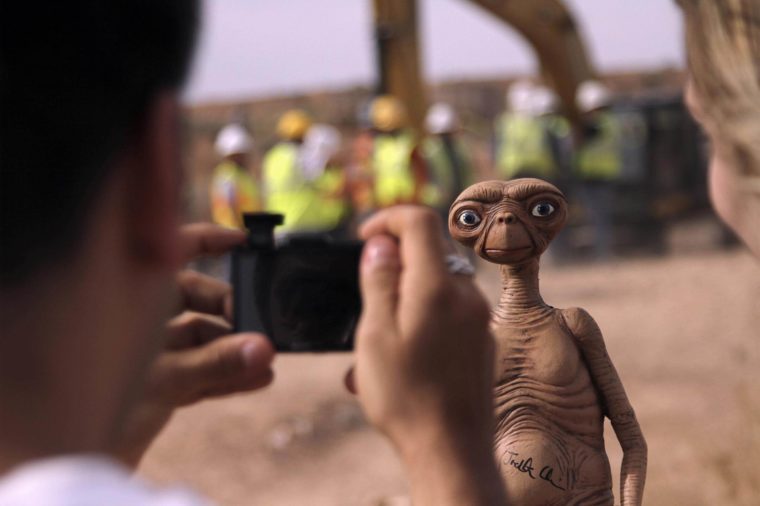 Conspiracy: E.T. is buried in the desert of New Mexico.

The truth: This one is real: The Atari video game E.T., the Extra-Terrestrial failed so miserably that the company buried unsold cartridges in a desert landfill. (Wait, what did you think we meant? Real aliens? In New Mexico? Not yet, anyway.)

Did you know that video games have actual health benefits? 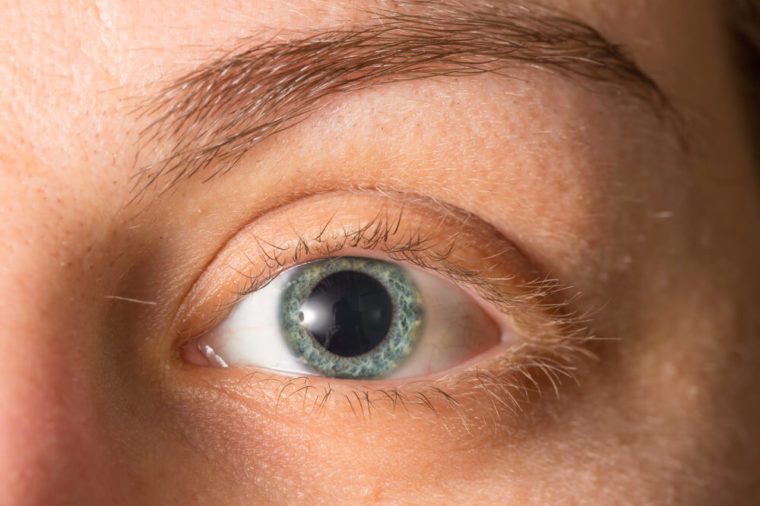 Conspiracy: The Canada government was so paranoid about homosexuality that it developed a “gaydar” machine.

The truth: It really happened: In the 1960s, the government hired a university professor to develop a way to detect homosexuality in federal employees. He came up with a machine that measured pupil dilation in response to same-sex-erotic imagery; the Canadian government used it to exclude or fire more than 400 men from civil service, the military, and the Mounties.

Here are some other secret government projects that you might not know about.

The Illuminati and the U.S. government 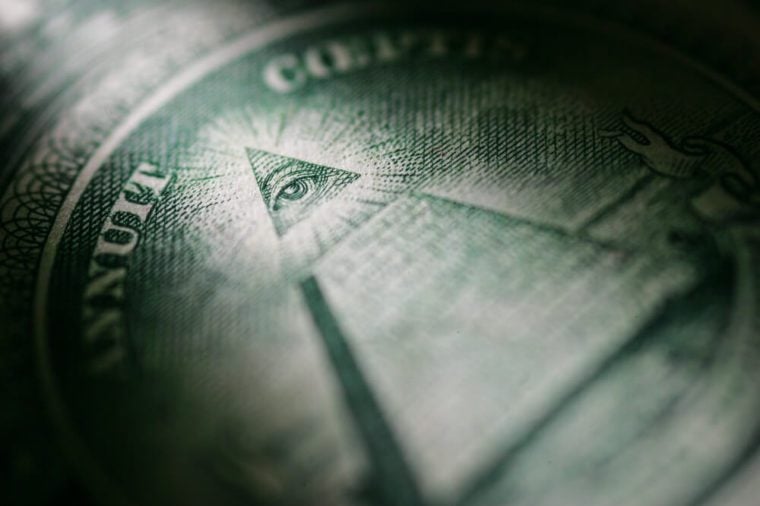 Conspiracy: A secret society that rules the world—the Illuminati—and the U.S. National Security Agency (NSA) are in cahoots.

The truth: We’re here to tell you that a link does, in fact, exist. Of course, that “link” is actually a hyperlink (i.e., an electronic link between two Internet sites). If you type Illuminati backward—Itanimulli—into a web browser, you will land on the NSA website. Click this link if you dare: Itanimulli.com
(Click here to read more)